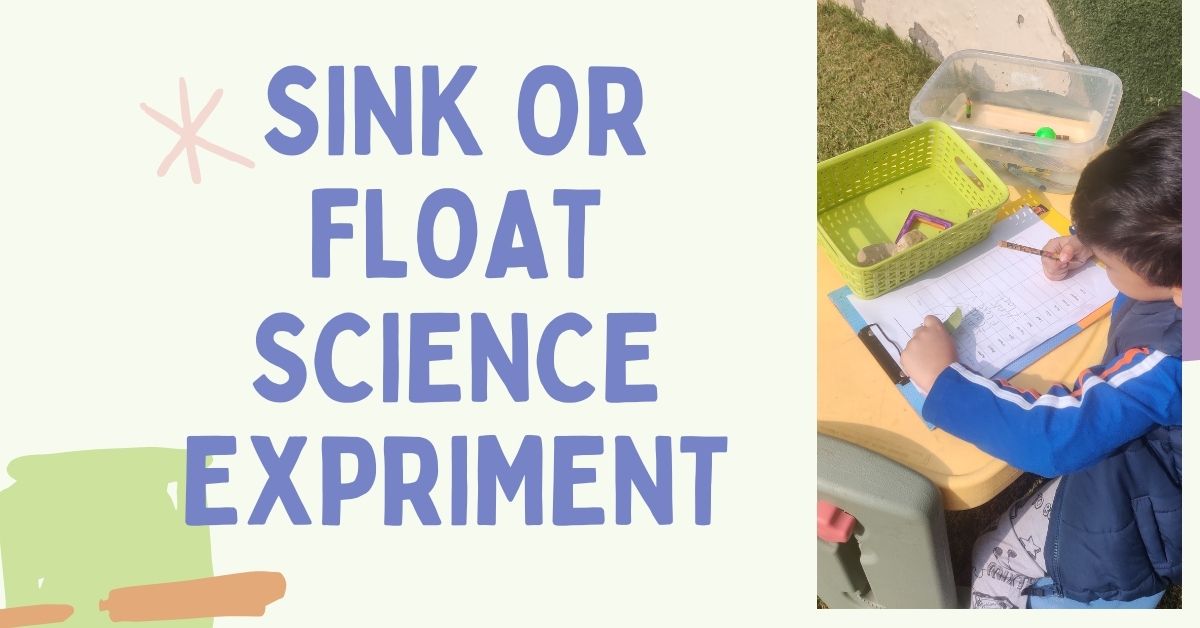 Sink or Float Experiment for Kids

This Sink or Float experiment is a great experiment to teach kids about Density and Buoyancy. It can be done both indoors and outdoors. We decided to do this fun experiment outdoors on a sunny day!

Before starting the experiment with my son, we discussed the meaning of Sink and Float.

For this experiment first I made a list of things and asked my son to collect the same. My son can read now, so he could easily read the names of the objects and collect the same. It was like a fun little scavenger hunt for him. He decided to add magnetic tile also to the list. You can download the file from here. 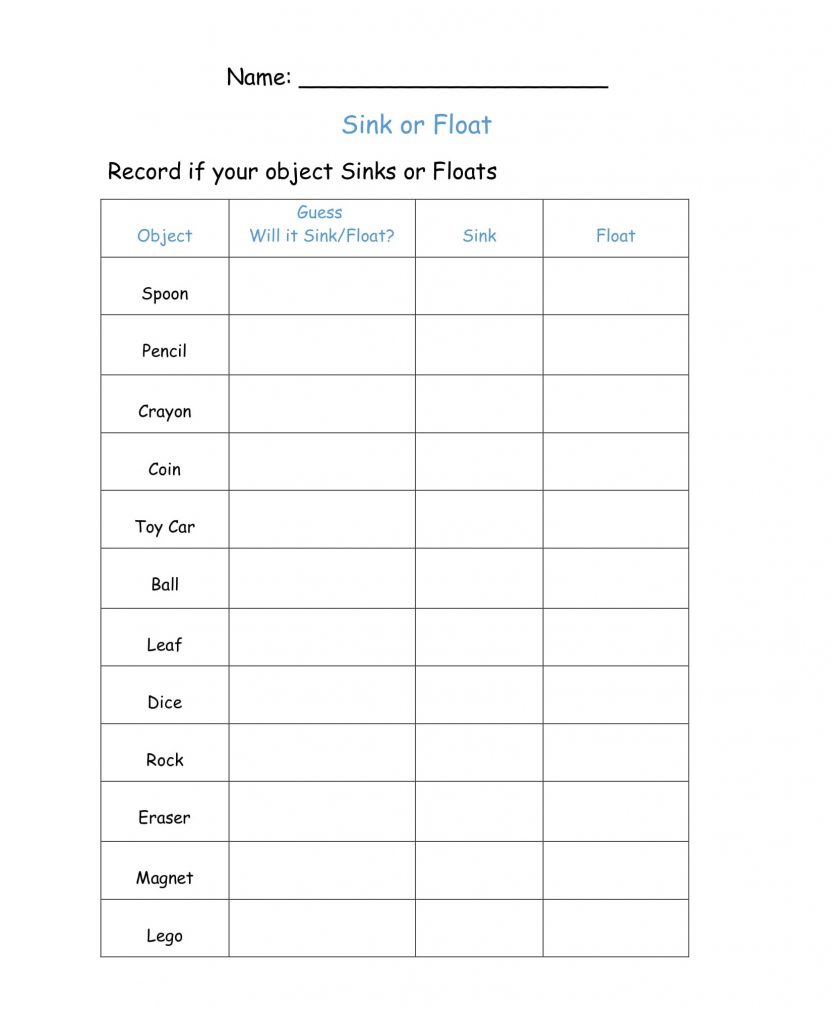 Then we filled the tub with water. It was again a fun activity for him. He loves playing with water.

Now before adding objects to the water, I asked him to predict if the object will sink/float and record it on the sheet.

Then after his prediction, he dropped the objects in the water and observed if the same sank or floated.

Were his predictions correct? He got many of his predictions wrong. It is totally okay for your child to give an incorrect prediction. The more important thing is they understand what is the meaning of sink? what is float? and why objects sink/float?

After the experiment got over, I asked him what do you think? Why an object sinks or floats? I was surprised by his answer. He replied that heavy objects sink and light objects float. But then I explained to him that it’s not always going to be the case. His football is heavier than the coin. But Football will float. It was amazing to look at his reaction 🙂

Why an Object Sinks or Floats?

Why an object sinks or floats? It is all related to the object’s density and buoyancy.

The shape of the object is another thing that determines if the object sinks or floats. Generally, the greater the surface area of an object that enters the water, the more likely it is to float. It’s called buoyancy. The object is pushing down the water and the water is pushing up the object.

Sink or Float ? by SciShow Kids

Let me know in the comments if you found this post on Sink or Float Experiment for Kids helpful. Would you be trying it with your child?