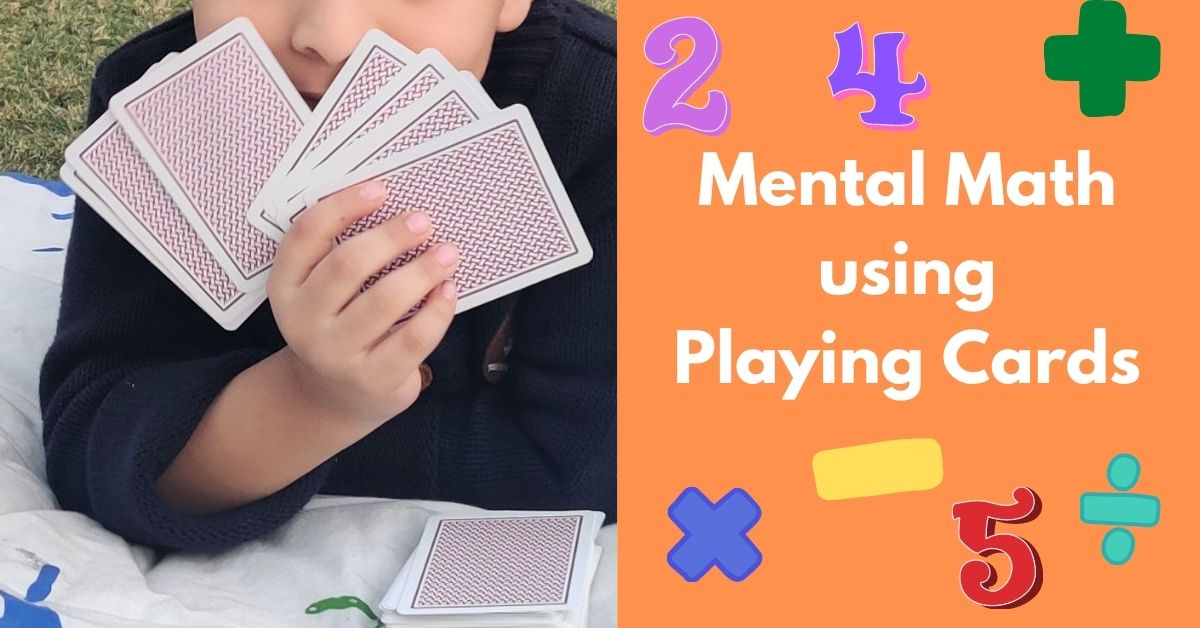 A deck of playing cards is a fabulous tool to revise multiple mental math skills like comparing numbers, adding, subtracting, dividing, or multiplying. Here you will find a collection of kids friendly math card games that you can play with your kids in the age group 4-7 years.

I guarantee you kids will have a fun time playing these simple games and they won’t even realize that they are actually practicing math while they play. Each of these games can be set up quickly. You just need a deck of cards. Nothing else.

For each of these games, it is completely your choice, you can remove the Jacks, Queens, Kings, and Jokers from the deck as kids may find it confusing. You can make Ace as 1. If your kids are a little older you can make Jack as 11, Queens as 12, Kings as 13 and wild card/14 as Joker.

Are you ready to play? It’s time to get shuffling!

This is a classic game which we all have played in our childhood. You can play with two decks of cards or one deck.

Each player should have a deck of cards or split a deck of cards into two equally. You should keep the deck face down. Now every turn, you take out one card on top. The player who draws the largest number gets to keep both the cards. If there is a tie, then you again draw the cards. The player with the biggest number gets all four cards this time. The game finishes when the deck of cards gets exhausted. After all cards have been used, the players count the number of cards that they have won. The one who has the most playing cards on his side is the winner. 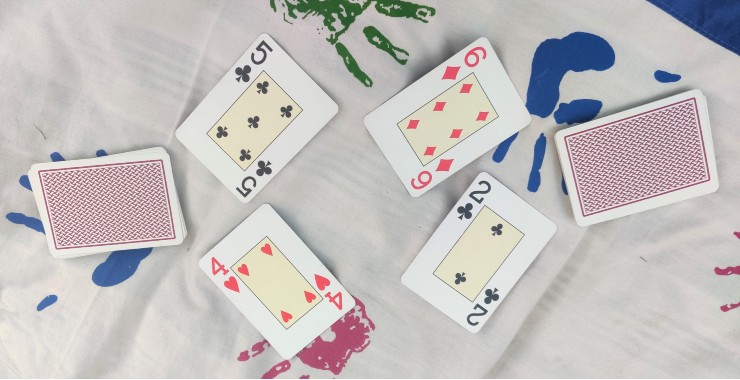 Just like the above game, you split the cards equally into two. One for your child and other for yourself. Keep the deck face down. Now each player has to draw two cards and place them face up in the center. Now, you have to add the two numbers together and the first player to call out the total wins all four cards. After using all the cards, the players count the number of cards they’ve won. The winner is the one who has the most cards.

For older kids, you can multiply the cards instead of addition.

Remove face cards and number 10 for this game. In this game, you deal  2, 3, or 4 cards at a time. The main aim here is to make the greatest number possible. Therefore, players have to arrange their cards in such a way that they make the biggest number possible. For example, there are three cards, 6,7, and 9. A player would make the number 976. In each round, the player with the greatest number retains all the cards on the table. When there are not enough cards to hand out the game ends. The winner is the player who has the most cards received.

Memory is a classic game of matching cards. To begin, arrange all the cards face down in rows or randomly. Now, the first player will start by turning two cards at a time.  If the player picks two same numbers, he/she wins and keeps the cards, and takes another chance. They are flipped back over if they do not match. And now comes the turn of another player. When there are no more matches remaining, the game ends. The winner is the one who has the most cards. In addition to learning to reinforce short-term memory, players can also practice number recognition.

Remove face cards for this game. You deal two cards to each player. The Player has to arrange the cards in a combination that is closest to the number 100. The player closest to 100 wins the round and gets to keep all the cards on the table. When there are not sufficient cards to deal out the game ends. The winner is the player who received the largest number of cards.

I hope you find this post on mental math using playing cards helpful.  Please comment and let us know if you played the same and enjoyed with your child. Do you know of any more fun math game using a deck of cards? Please share your ideas with us.