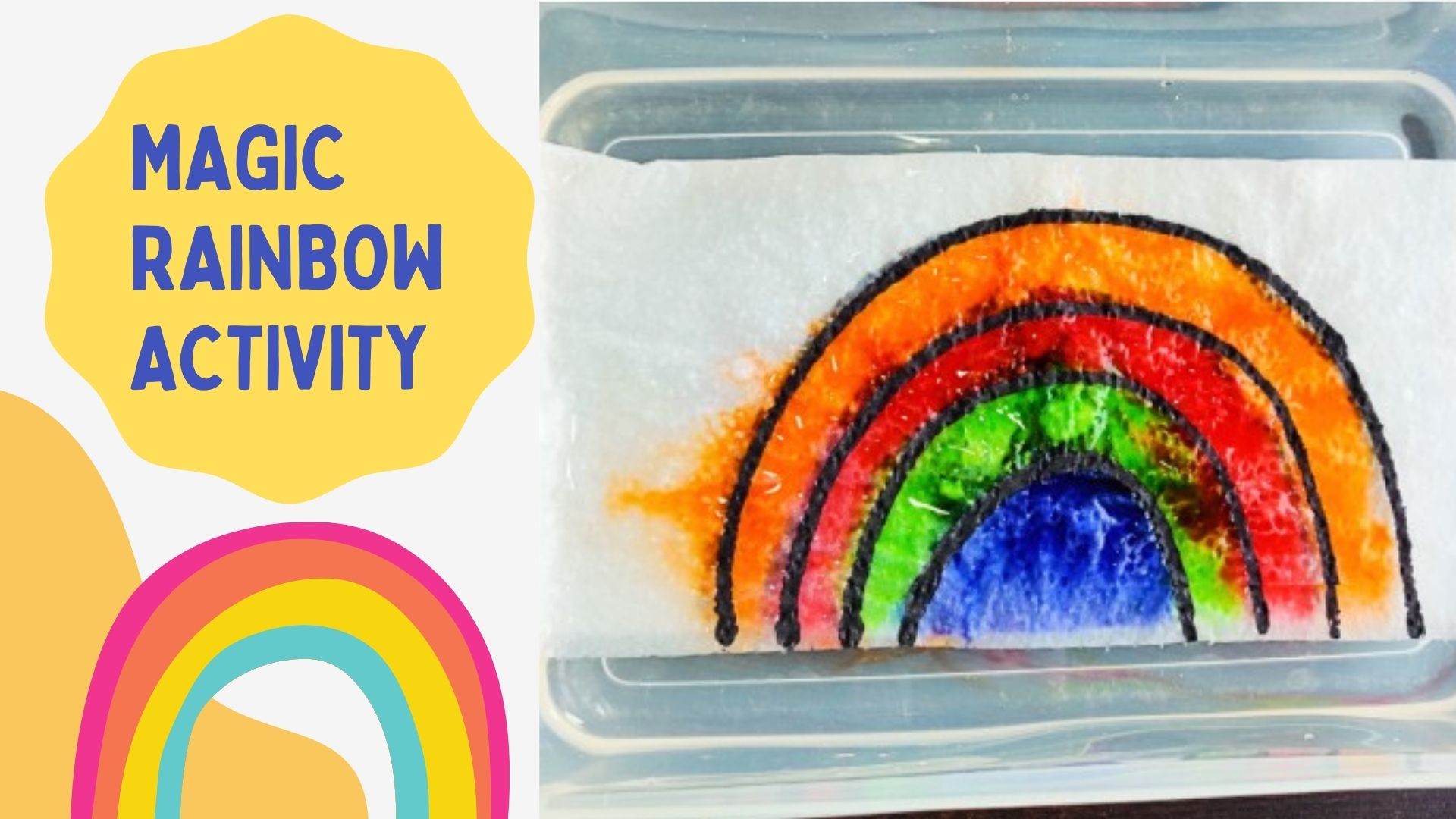 In this activity when you will place your kitchen napkin in the water, colors or pictures will appear on it. We made a rainbow for this activity. You can try any picture.

Take a thick napkin. A kitchen towel works best for this activity. If you don’t want a rectangle shape, you can even cut it into a square shape. I realized later we could have saved paper by making square shapes.

Fold the kitchen towel into half.

Now using the black permanent marker, draw lines for a rainbow. Do not use a black sketch pen otherwise, the colors will bleed from black color. When you are making lines through a black marker make sure to press it hard so that the second layer of the paper towel also has the impression.

Now in the bottom layer, color your rainbow with sketch pens. Use only sketch colours. We want the colors to bleed when put in water.

Fill a shallow dish with water. Put your napkin inside the water and wait for the magic to happen! Magic is going to happen fast. So ask your child to be attentive. Your rainbow will appear right in front of you. Instead of dipping the towel, you can even spray water on it. The result will be the same.

As the water soaks through the two layers of the paper towel, the colours from the bottom layer will show through the top layer, giving the impression that the colours or images have appeared magically.

You can get adventurous and creative with designs! It just doesn’t have to be rainbow. You can draw any picture or secret message. My son decided to make a tank. He is obsessed with  tanks!